Retention changes in the wind 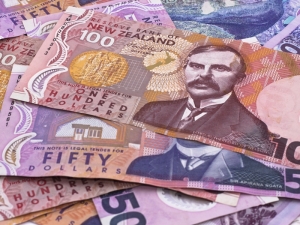 The Construction Contracts Act 2002 (CCA) – a piece of legislation passed to bring order to the process of paying and getting paid in the world of construction – is up for a bit of an amendment.

This proposed amendment will bring more stringent controls and protections to retentions held.

The proposed changes to the CCA will mean that retention monies held are deemed to be held on trust.

This won’t require a physical deposit of monies into a separate bank account or retained in a lawyers trust account, but what it does mean is that those who hold retentions will need to prove proper and adequate accounting records are maintained for retentions and, in the event of a receivership or liquidation, there will be funds deemed to be owing to the subcontractor.

This will move the subcontractor from bottom-of-the-barrel status of being an unsecured creditor to a status that sits right up the top along with the likes of the IRD.

For those holding retentions, whilst there is no requirement to maintain a separate bank account there are quite strict rules that the monies can only be used to rectify defects and can’t be used as working capital in day-to-day operations. The reality is that a separate bank account will be the best, easiest and most transparent way to manage retentions along with the appropriate setup in a reporting/accounting system.

These proposed amendments still need to be considered by a government committee, which may result in further amendments. However at this stage the new retention regime (if passed) will come into effect on 31 March 2016.

Please call us at Alliott NZ in Auckland on 09 520 9200 if you’d like to find out how the proposed amendment to retentions held may affect your building, plumbing or electrical business.