When managing your investments it’s important to consider the downside

It's true the world faces challenges in maintaining stable and well-functioning social, environmental and economic systems. 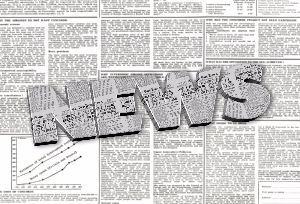 The legacy of the financial crisis is still with us and concerns about climate change and sustainability are widespread.

Europe is grappling with a refugee crisis; China faces a difficult transition from an export and industrial-led economy to one driven by domestic demand; and the US is preoccupied with a sometimes rancorous election campaign.

But it's also easy to overlook significant advances made in raising the living standards of millions, increasing global cooperation on sustainability and efforts to build greater transparency and trust in financial institutions.

Many of the 10 developments cited below don't tend to make the front pages of daily newspapers or the lead items in the TV news, but they're worth keeping in mind on those occasions when you feel overwhelmed by all the grim headlines.

So here's an alternative news bulletin:


No doubt many of these advances will lead to new business and investment opportunities.

Of course, not all will succeed. But the important point is that science and innovation are evolving in ways that can help mankind.
The world is far from perfect, it's true. The human race faces major challenges. But just as it is important to be realistic and aware of the things that represent downside risks, we must also recognise the major advances that we are making and the likely gains that will be made as a result (both socially and commercially).

When managing your investments it’s important to consider the downside (diversification is essential), but it’s also important to remember that to participate in the upside you actually need to be invested.

Just as there is reason for caution, there is always room for hope. And keeping those good things in mind can help when you feel overwhelmed by all the bad news.

Michael Beech CFA is an experienced investment specialist and is responsible for providing investment advice as well as managing the investment portfolios for many of Alliott NZ's clients. Click here to read more or call Alliotts in Auckland today on 09 520 9200.