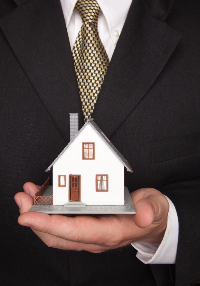 Conveyancers are now at the coalface of applying taxation law to their clients’ transactions and will need to be familiar with the bright-line test, associated persons definitions as well as the RLWT rules.  Non-compliance may result in IRD penalties for vendors and their conveyancers.

We have seen several examples where conveyancers are not familiar with the new documentation requirements.  Some conveyancers are requesting clients to complete the IRD RLWT Declaration Form where there is no requirement to do so.  The form is onerous and involves making a Statutory Declaration as well as requiring the vendor to provide evidence in support.

We have also been fielding queries on the application of the bright-line and RLWT rules in situations where agreements for sale and purchase have been nominated or where one party acts as a bare trustee for another.  These arrangements affect the determination of the acquisition and bright-line dates in the bright-line rules and so may have RLWT consequences.

Every vendor of New Zealand residential land acquired on or after 1 October 2015 that is disposed of within two years will need to complete a RLWT declaration form prior to settlement.  In that declaration, they need to confirm whether or not they are an offshore RLWT person and provide evidence in support.

The definitions of who is an “offshore RLWT person” are complex and differ from that of the “offshore person” definitions for the purposes of the tax statement information.

Many New Zealand discretionary trusts that would be ordinarily considered an onshore entity, will be regarded as an offshore RLWT person and may find that there is an RLWT liability.

Take for example, a discretionary trust that has mum and dad as settlors who also hold the power of appointment and are trustees together with an independent trustee.  The beneficiaries of the trust are the settlors, adult children and grandchildren.  All are NZ citizens.  However, one of the adult children lives in the UK and has not been back in NZ for 3 years and is therefore an offshore RLWT person beneficiary.

The trust sold the family home three years ago when the parents down-sized.  The trust also entered into a sale and purchase agreement to buy an investment property in November 2015 (settled in December 2015).  The trust has now has entered into an agreement to sell the investment property and settlement is on 29 July 2016.  Because the adult child is an offshore RLWT person, and there has been a disposal of residential land in the preceding 4 years, the trust will be an offshore RLWT person and there will be a requirement to deduct RLWT from the settlement monies on 29 July 2016.

Some vendors may be able to apply for a certificate of exemption from RLWT if certain criteria are met.

A certificate of exemption may be able to be applied for if:

Property dealers i.e. that buy and sell property as is, are not eligible to apply for an exemption certificate.

The introduction of the RLWT rules highlights that the relationship between client, solicitor and the client’s accountant and tax adviser will be increasingly important. Call Alliotts in Auckland today on 09 520 9200 if you need to get yourself organised in respect of our new RLWT rules.