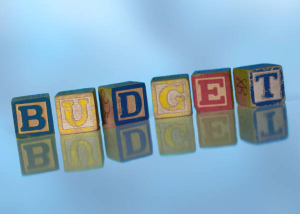 Provisional tax payments by small and medium businesses will reform under changes announced, as well as a new pay-as-you-go option available to businesses turning over $5 million or less per annum.

At present provisional a tax is paid in three instalments by estimating the likely tax bill for the whole year. The new option drops the estimation and works out tax payment on an ongoing basis throughout the year.

Every two months, accounting software will calculate taxable income for that period. Businesses will be prompted to make the correct tax payment directly through their accounting system and generally at the same rate as GST i.e. 15 per cent.

Use-of-money interest will not apply to taxpayers who choose the pay-as-you-go option and who pay their tax on time.

Up to 110,000 small businesses could be eligible to use new accounting income method starting April 2018 when IRD's new computer system is up and running.

In addition, taxpayers who continue to use the standard method for calculating provisional a tax - the "uplift" method - won't be subject to use-of-money interest if their tax liability for the year is under $60,000 and their tax is paid on time. That includes companies as well as individuals and is expected to take 67,000 taxpayers out of the use-of-money interest regime.

For taxpayers with a tax liability over $60,000 who use the standard "uplift" method, use-of-money interest will apply only from the third and last instalment of provisional tax.

In another part of the business Budget package, contractors will have more flexibility choosing a withholding tax rate that suits their individual circumstances.

Some 130,000 contractors have withholding tax deducted but at varying rates.

From April 2017, it will be easier for contractors to select their own rate, at a minimum of 10 per cent. Contractors who aren't subject to withholding tax will be able to opt in with the payer’s agreement.

Some Late Payment Penalties to be scrapped

From 1 April 2017 for new debts with IRD, the one per cent monthly penalty will be scrapped for income tax, GST and some other payments. That does not apply to the immediate penalty for late payments, and the four per cent penalty after a further week. Use-of-money interest will remain on overdue tax.

The NZ Government wants to give taxpayers more opportunity to talk to Inland Revenue to work out ways to repay tax debts before they became too big to resolve. Inland Revenue has released further information that goes through the package in more detail at http://a.ir.smartmailpro.com/webv/3h35vq4t7.