Agriculture Minister Damien O’Connor has announced a new debt mediation scheme that will help farmers in financial distress deal with their lenders. 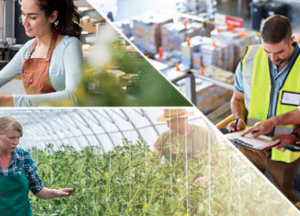 The Farm Debt Mediation Bill, which was approved by Cabinet this week, will require creditors to offer farmers who default on payments mediation before they take any enforcement action.

“Total farm debt in NZ is $62.8 billion – up 270 per cent on 20 years ago. Farmers are especially vulnerable to business down-turns as a result of conditions that are often outside their control, like weather, market price volatility, pests and diseases like Mycoplasma bovis,’’ says Mr O’Connor.

“Farmers who operate a family business often don’t have the resources to negotiate their own protections when dealing with lenders. That’s where this piece of legislation fits in.

“The Bill is pragmatic. The guts of it is early intervention – where either the farmer or the bank have an ability to go and seek mediation, which is a far better option than forced foreclosure,” he said.

“This is an issue that’s been floating around for quite some time, way back to when we were in government last. The Bill was initially a private members bill in the name of New Zealand First MP Mark Patterson.

The New Zealand First Primary Industry spokesman, Mr Patterson, says when a farmer is in financial distress then a system of mediation may help find solutions and avoid property foreclosure.

“It offers a fairer system and is in the best interest of all parties,” said Mr Patterson.

Mr O’Connor says the Bill is supported by Federated Farmers and the New Zealand Bankers Association and would be introduced to the House soon.

“This is great progress on an issue I have always personally supported. This Bill supports the mental, emotional and financial wellbeing of farmers and farming families who find themselves in financial strife.

I encourage farmers and lenders to have their say on the bill during the Select Committee stage. The scheme will apply to all secured lenders, including non-bank lenders.”

More information about the Farm Debt Mediation Bill is available on the MPI website.