A wise man once said, “If you’re not failing, then you’re not trying hard enough”. 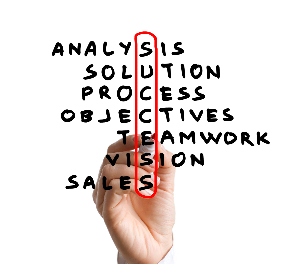 By virtue of the fact that you’re reading this article, is it fair to say you’d like to try something different to create a better business than the one you have right now?

To do so often requires changing something in your business, but there are two big inhibitors to doing the things that will enable change:

Here’s the key: do something quickly!

Don’t fear change because you won’t likely be betting the farm on it.

Just do some small things and if they don’t work, learn from it. And learn from what works as well.

But when things don’t work, which is inevitable, then tweak them and try something else.

In other words, if you’re going to fail, then fail fast at the small things.

The author Jim Collins in his book Great By Choice talks about this concept by encouraging you to fire bullets before you fire a cannon ball. It’s a lower risk approach to making change.

Marketing guru Seth Godin wrote on his blog, “Time’s running out; time’s running out for you to be the person you’ve decided to be – to make the difference you seek to make”.

Maybe it’s time for you to make that change now so that you can be the person you’ve decided to be, to create the business you really want to have and to make the difference you’ve been put on this earth to create.

Take your business to the next level with help from Alliotts' experienced team of Chartered Accountants and Business Advisors in Auckland. Call us on 09 520 9200.