A Kiwi who was scammed out of $30,000 in a similar way to Team New Zealand says a lot of time and effort goes into creating the scams. 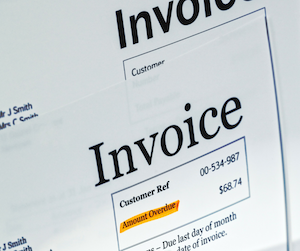 Rodney Keenan, of Evolution Sails, said his business lost 50 per cent of its income for the year after they fell victim to a sophisticated scam.

The revelation comes after news of Team New Zealand getting scammed into paying money into a Hungarian bank account hit headlines.

NZ Police confirmed this week that the Auckland City Financial Crime Unit was investigating the scam with the help of officers based in Europe and Hungarian authorities, after receiving a report in December.

Keenan today said he had also been scammed out of money after a fake invoice was sent to his business.

Even though Keenan caught the scam within a couple of hours of the money being sent, banks were not able to retrieve the funds.

"I came into the office and the accounts lady said we received an invoice which we were expecting from suppliers," he told the Herald.

But the staff member noted something different about the invoice - it was to an account in the US instead of the usual account in South Africa.

Keenan thought it was feasible the supplier was redirecting money to an office they had in America, but asked for the invoice to be forwarded to him so he could check it. He noticed something "off" when looking at the email.

The supplier's email took a typical firstname.lastname format, but the scam invoice had two dots instead of one.

Keenan immediately got on the phone with the banks to see if the transaction could be stopped, but was told it couldn't. He spent the next two days fighting to retrieve the money, with no luck.

"They were like 'well, you sent the money yourself, so it's your problem'," he said.

"I ended up changing banks after this whole experience because they really didn't want to know.

"I tried to take it into my own hands and get hold directly the branch where the money was going. I couldn't get anyone. I spent two days on it, bashing my head against the wall, got nowhere with anyone."

They traced the IP address the scam invoice was sent from a street in Nigeria.

Keenan was frustrated that it was so easy for a scammer to set up a fake account in America.

He said the business had not had a good year financially anyway and had moved properties, which brought considerable costs. In the end the amount stolen ate into half of their profits for the year.

"The thing that sucked the most was the help from the bank. I think that there's no way they couldn't have jumped on it, we just didn't find the right person to go 'right, I'm going to deal with this'."

Keenan said many people felt embarrassed about being scammed, but his experience showed the scammers were clever and went through a complicated process to catch people out.

"The only thing that gave it away was an extra dot."